Critical Race Theory Legislation: Impacting How We Teach and Learn About Racism and Diversity in Schools 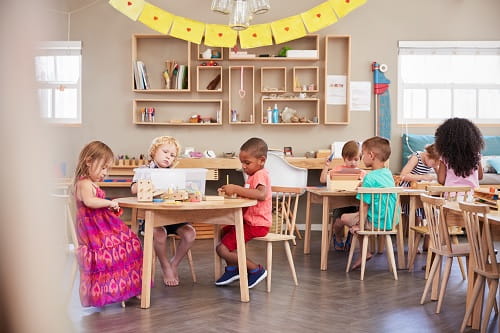 "Battles over education in the U.S. are often a proxy for broader societal debates and anxieties … surrounding free speech in schools and universities, and perceived tensions with efforts to advance diversity, equity, and inclusion."

If you are a parent or an educator, it is nearly impossible to avoid the conversation, debate, and acrimony surrounding Critical Race Theory (CRT). From school district boardrooms to state capitol buildings, dialogues around CRT are front and center, subject to analysis, attack, and a great deal of misunderstanding.

The first installment of our series on CRT provided background information—the history of CRT, its formal definition, some of the misinformation and misconceptions that surround it, and its role in education. In part two, we provided answers to eight big questions about CRT that teachers and school leaders may encounter from parents and other invested parties. In this installment, we examine education legislation—both pending and passed—that aims to restrict curriculum content and impact how teachers can discuss certain topics in the classroom.

In a recent AMS webinar, Wendy Shenk-Evans, executive director of the Montessori Public Policy Initiative (MPPI), discussed the recent and ongoing emergence of:

Some of the legislation includes the term “CRT,” but much of it utilizes nebulous terminology such as “divisive” or “controversial.” There are bans in place that prohibit teaching about identity characteristics “in certain ways” or causing white people to experience “discomfort.”

Such obfuscating language has created widespread confusion about what is and what is not allowed in the classroom, blurring the edges around CRT by conflating it with diversity, equity, and inclusion (DEI) work. Consequently, DEI efforts have also come under attack, and these programs are themselves in danger of being cut or curtailed by new legislation.

According to an Education Week analysis, as of April 1, 2022, forty-two states “have introduced bills or taken other steps that would restrict teaching Critical Race Theory or limit how teachers can discuss racism and sexism.” Fifteen states have already imposed bans and restrictions, impacting at least 894 school districts, representing 35% of all K – 12 students.

These bills, described by some as educational gag orders, “appear designed to chill academic and educational discussions and impose government dictates on teaching and learning.”

What follows are examples of the goals of proposed, pending, or imposed legislation as it relates to administrators, teachers, students, and parents. Most bills are directed at K – 12 schools, but many also include public institutions of higher learning, teacher preparation programs, and state agencies. Readers are encouraged to review the Education Week map and analysis and the Educational Gag Order Index for a state-by-state account, both of which are regularly updated.

In some states, school administrators, or “schools” in general, have been or may be mandated to:

Administrators may be prohibited from:

Administrators who are unsympathetic to the anti-CRT movement may have few choices in terms of how they respond to these new restrictions. In some states, violation of these laws can result in a reduction or withholding of state financial support as well as the loss of institutional accreditation.

Legislation in some states bans or restricts teachers from teaching a range of content and topics. For example, the legislation aims to:

These proposed or imposed restrictions have created confusion, uncertainty, and fear, and teachers may face a range of consequences, from professional discipline to monetary penalties, if they are found to be in violation. One consequence of newly imposed legislation is that “some teachers self-censor by avoiding discussions on racial topics,” and, more unfortunate still, a recent survey found that “37% of teachers will likely quit if K – 12 censorship laws reach them.” It is safe to suppose that these are the very teachers most likely to teach from DEI perspectives, and losing them further entrenches the racist impact of anti-CRT efforts.

Other legislation has pernicious consequences related to student graduation, prohibiting:

Such legislation discourages students from activism or even taking an interest in civic issues in which they, as members of society, are inevitably involved, in one form or another. As such, these prohibitions seriously undermine citizenship education, a central component of Montessori education, which comes both “through the study of civics content, and through the perspective of history.” Moreover, school is the first place many students experience racism, and students of color—who may already feel marginalized and unsafe due to institutional racism—will be most impacted by these restrictions.

Legislation in some states specifically addresses the rights of parents to:

These laws, which encourage parents to monitor and even report teachers to the state, can interfere with positive and important parent-teacher relationships, undermining the power of family engagement with schools. Teachers may feel wary of parents at best, or attacked and threatened at worst. Additionally, such laws seem to rest on the premise that teachers cannot be trusted.

Are Montessori teachers impacted by the legislation and what can be done?

Montessorians working in private schools are not likely to be impacted by legislation restricting or banning concepts related to race, racism, or other DEI areas. Those in public Montessori schools, however, are subject to restrictions passed in their states and localities. Following are important perspectives from the National Center for Montessori in the Public Sector (NCMPS) and the Montessori Public Policy Initiative (MPPI).

The National Center for Montessori in the Public Sector

In addition to advocating for the halt or change to restrictions, the NCMPS advises teachers and administrators to read the specific local and state laws that apply to them in order to skillfully navigate the mandates. Sara Suchman, NCMPS executive director, proffers the following position:

Public Montessori schools have experience negotiating challenging systems, figuring out how to stay true to their understanding of human development and needs while also abiding by district and state mandates. NCMPS and other Montessori and non-Montessori organizations continue to support schools in being equitable, inclusive, just, and humanizing spaces through a variety of coaching, training, and consulting. Teachers and leaders educate themselves and dig deep to weigh and decide the compromises they may need to make in order to keep serving children and their families without erasing their histories, experiences, or realities.


Public Montessori schools and teachers are part of a large community of public educators who are caught in this moment. We do not need to stand alone and will have the greatest strength as part of a collective. NCMPS suggests educators and advocates stay in close and active contact with their districts and charter authorizers to understand the implications while also reaching out to resources such as Learning for Justice and Truth Be Told that are dedicated to offer expertise, guidance, and local knowledge.

In keeping with MPPI's work to “coordinate advocacy efforts … and speak with one voice,” Shenk-Evans suggests ways in which Montessorians can become involved in efforts to halt or change the restrictions:

Regardless of one's private or public school status, Montessorians as a group—as an institution—have pooled their efforts to raise awareness of the deep biases motivating the anti-CRT movement. And while many Montessorians are safely ensconced in schools that are out of reach of the restrictive legislation discussed in this article, others may need support to maintain the safe and inclusive classrooms Montessorians work so hard to create—classrooms grounded in peace and equity.

Montessori wrote that our work with the child is fundamental to the peace and progress of humanity. At this profound moment of public reckoning with [our nation's] history of racial injustice, peace education—with all its permeations inside and outside the classroom—is needed more than ever, alongside “national and local initiatives seeking truth, redress, and reform.”

Finally, it might be important to keep in mind an earlier page of Montessori history. There are striking analogues between the present situation and that faced by Montessori during the rise of European fascism. Readers may recall that in 1934, “Montessori refused to cooperate with Mussolini’s plans to incorporate Italian Montessori schools into the fascist youth movement.” Two years later, all Montessori schools in Italy were closed.