Critical Race Theory: What It Is, What It Isn’t, and Why It Matters 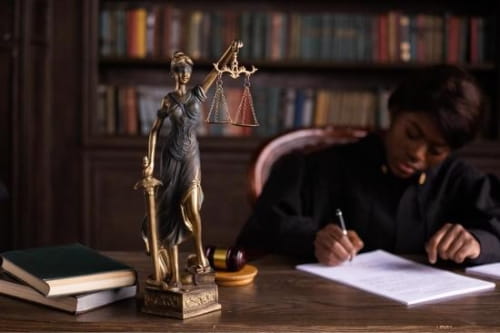 Ignorance, allied with power, is the most ferocious enemy justice can have.

Montessori education includes a list of specialized terms related to its philosophy and pedagogy—terms that describe the materials used in the classroom, the curriculum areas, and the instructional approach of the teacher. Schools sometimes list and define these terms on their websites and in parent handbooks; they may even offer a parent education night centered around the prepared environment, the absorbent mind, the planes of development, or Cosmic Education. Montessorians are used to answering questions about these terms and others, helping to familiarize parents and non-Montessorians with the unique vocabulary that helps define their approach to education.

Within the past few years a new term has appeared in the lexicon of K – 12 education—Critical Race Theory—that teachers and school leaders, Montessorians and non-Montessorians alike, may be asked to explain. Critical Race Theory (CRT) is at the center of a contentious, and sometimes explosive, conversation about how to educate K – 12 children in our country. While some parents, educators, and policymakers are well informed of the core ideas, others are less so, and, as with the many polarizing issues of our moment, misinformation is rampant. This has led to confusion, heated discourse at school board meetings, and to legislation, either proposed or passed in 35 states (as of January 20, 2022), “that would restrict teaching the academic framework that examines how policy and the law maintain systemic racism or limit how our teachers can discuss racism and sexism” (Shivji 2021).

How should Montessorians answer questions related to CRT, and what is its importance to Montessori education? A good place to begin is with an understanding of the history and goals of CRT, together with a good working definition that clarifies what it is, and what it is not.

Critical Race Theory is one arm of Critical Theory, defined as the “reflective assessment and critique of society and culture in order to reveal and challenge power structures.” At the heart of Critical Theory is the argument that social structures, cultural assumptions, and ideology are the main ingredients of social injustice, discrimination, and oppression, and are “the principal obstacle(s) to human liberation.” Originating with thinkers at the Frankfurt School during the 1920s and 1930s, Critical Theory “looks at power and balance and how it's reproduced over time [and] at how individuals can impact social systems in a positive way to bring about change” (Wise 2021).

Critical Theory has, through the last century, been applied to a range of social issues involving marginalized groups, including people with disabilities; individuals who identify as LGBTQIA+; people with lower socioeconomic status; and Black, Indigenous, and people of color.

Critical Race Theory took root in the early 1970s, when “a number of lawyers, activists, and legal scholars across the country realized … that the heady advances of the civil rights era had stalled,” and in fact that more subtle forms of racism were gaining ground. For nearly five decades, CRT was a topic of intellectual debate largely taking place in law school and other graduate courses. According to one of its principal founders, Richard Delgado, scholars in the field wrote books, developed theories, taught classes, and published law reviews. Most of the general public was not even aware of CRT until the summer of 2019, when the New York Times released the 1619 Project (Nikole Hannah-Jones), which “seeks to place the enslavement of Africans at the center of America’s story, prompting public conversation about the nation’s founding and evolution.” This reframing of the colonial narrative of Black history ignited a backlash and, since then, CRT—once the domain of graduate schools—has become a divisive flashpoint in K – 12 educational policy, political debate, and local, state and federal legislation. Often badly misunderstood, convoluted, or intentionally misapplied, CRT has become “a catchall target for opposition to equity efforts, affirmative action, and 'wokeness' in general.”

What is Critical Race Theory?

In the following definition, Richard Delgado and Jean Stefancic outline the goals of CRT in its original form:

The Critical Race Theory (CRT) movement is a collection of activists and scholars interested in studying and transforming the relationship among race, racism, and power. The movement considers many of the same issues that conventional civil rights and ethnic studies discourses take up, but places them in a broader perspective that includes economics, history, context, group- and self-interest, and even feelings and the unconscious. Unlike traditional civil rights, which embraces incrementalism and step-by-step progress, Critical Race Theory questions the very foundations of the liberal order, including equality theory, legal reasoning, Enlightenment rationalism, and neutral principles of constitutional law.

This formal definition is provided to elucidate that the level of discourse involved in CRT is well beyond the purview of K – 12 curricula and, in this form, is clearly not being taught in our classrooms. And, while this is important for teachers, school leaders, and other Montessorians to know in order to answer questions from parents and other invested parties, they should also be aware that CRT, nevertheless, has an impact in our classrooms.

In a recent AMS webinar on CRT, Dr. Valaida Wise makes the important distinction that as a theoretical framework, CRT helps us think about and critically analyze systems; as such, it can help teachers think about the right questions to ask regarding potential or actual inequities that may be present in our classrooms. Our concern at the classroom level, therefore, is not the theoretical work of CRT, but that we have a culturally responsive pedagogy (CRP) in place. We will come back to this.

As to the question regarding the degree to which CRT impacts classroom instruction, it turns out that the answer is more nuanced.

John McWhorter, linguistic scholar at Columbia University, argues that K – 12 teachers are, in fact, teaching a form of CRT—“CRT-lite” or “CRT Jr.” Although teachers are certainly not participating in legal analysis with third graders, this does not mean that they are not teaching about “concepts derived from CRT.” McWhorter argues that a “critical” approach to teaching about equity issues “has trickled down, in broad outline, into the philosophy of education-school pedagogy and administration” and that curriculum guidelines “apparently sanctioned by state departments of education” are evidence of this. (See, for example, the chapter on “Teaching for Equity and Engagement” in the California Department of Education’s “Mathematics Framework,” and “A Pathway to Equitable Math Instruction/Dismantling Racism in Mathematics Instruction,” to which the Oregon Department of Education refers its teachers.)

The “trickling down” of CRT concepts is reflected in efforts by public school districts and private schools across the country to provide training for their staffs in diversity, equity, and inclusion (DEI), as well as culturally responsive pedagogy, in an effort to begin the hard work of dismantling existing structures that, according to global data, perpetuate the following inequities in schools worldwide:

The above list is a small subset of the type of differential outcomes referred to by Kimberlé Crenshaw, law professor at UCLA and Columbia and another founding scholar in CRT and intersectionality, in the following passage:

To put it even more simply, CRT is concerned with historical veracity and accountability while addressing social injustice and historical blind spots. Contrary to popular misconceptions, CRT is not ‘anti-American’, but a “toolkit for examining and addressing racism and other forms of marginalization.”

These very ideas, however, are being aggressively challenged in current local, state and federal legislation that has a direct impact on what happens in our classrooms. This topic will be the focus of a future article.

A 2021 national opinion survey recently found that “a bipartisan majority of Americans say that high school students should learn about [the impacts of] slavery and racism in America.” A 2020 poll “found that 76 percent—including 71 percent of white respondents—considered racial and ethnic discrimination in this country a 'big problem'” (McWhorter 2021). Given these numbers, what is at the heart of the aggressive and even violent opposition to CRT? While it would be impossible and unfair to surmise the range of potential factors, we can safely say that the opposition is, at least in part, due to misconceptions stemming from misinformation and inaccuracies projected in short media soundbites.

Critical Race Theory has, unfortunately, become a large umbrella for the discourse of the far-right, under which terms and ideas like infiltration, indoctrination, Marxism, and the division and overthrow of our country have been strategically and intentionally placed (Shenk-Evans 2021). The danger of these ideas will be further discussed in an upcoming article on legislation related to CRT.

If a majority of Americans consider race education important, and furthermore acknowledge the country's current problems related to continued discrimination, then opposition to addressing these matters in schools would seem inconsistent. To untangle this, it may be helpful to recognize that CRT is not an umbrella for all conversations about race; that is, no discussion about race can be confined to one term or one discourse. Most importantly, discussions about race are not always about racism.

Montessori was clear about the need for teachers to ensure that there are no barriers causing children to falter or achieve less than optimum outcomes. This should be first addressed through the prepared environment—making sure that the curriculum, books, and other materials reflect the cultures of every child in the classroom. But more important, and more difficult, is the inner work—that which the teacher must do to recognize and address their own implicit biases. As Montessori wrote in The Secret of Childhood:

But still we must be humble and root out the prejudices lurking in our heart. We must not suppress those traits which can help us in our teaching. We must check those inner attitudes and characteristics of adults that can hinder our understanding of the child.

Zaretta Hammond, a principal theorist in CRP, explains that teacher bias is often behind the barriers confronting marginalized students:

Too often, implicit bias leads teachers to not see the cultural and linguistic assets and skills diverse students use to navigate the content. Too often teachers see culturally diverse students' behaviors as problematic.

These ideas are further discussed in a 2019 article examining the intersection of Montessori education and CRP. Many of the defining features of CRP are not only compatible with Montessori pedagogy, but inherent in the philosophy, methodology, and curriculum. Others, however, depend upon the teacher's commitment to the difficult work of “lean[ing] into our own transformation by hearing the personal truths of diverse voices from our community and beyond” (Oesting & Speed 2019), and of “reflecting on our understanding around our notions of difference and how we perceive people who are different from us” (Gay in Peters 2019).

Critical Race Theory offers teachers the theoretical framework to question and analyze their own biases from a critical perspective (Wise 2021). Culturally responsive pedagogy allows for expansive, supportive ways to talk about race that help all children feel seen and heard. This includes supporting children as they encounter racism and bias in our society.

Montessorians who are interested in continuing the reflection and conversation are encouraged to participate in communities through AMS Connect and AMS Affinity Groups, to avail themselves of pertinent AMS professional development opportunities, and listen to any of the related podcasts featured here. Finally, AMS now offers an Anti-Bias, Antiracist (ABAR) Certificate Program which “provides a thorough examination of ABAR education to support Montessori schools and classrooms in creating just and equitable spaces for all.”

In addition to these resources, keep watch for an upcoming article on how teachers and school leaders can answer questions and concerns from parents and others as these relate to CRT in our classrooms.