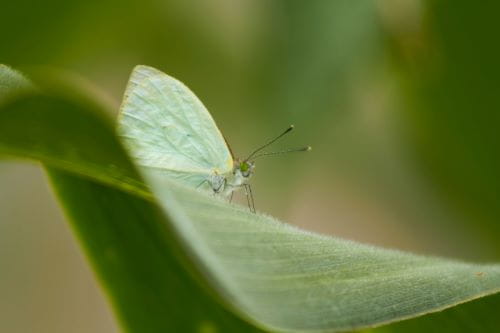 In Part 1 of our series on updating the Montessori biology curriculum, we looked at the history of classification and the prevailing use of the five- and six-kingdom approach in Montessori classrooms. We explored phylogenetics and the Tree of Life in Part 2 and discussed the reasons this approach is preferable for presenting ideas in life science: While the five- and six-kingdom charts reflect a snapshot of extant species, branching diagrams like the Tree of Life show evolutionary relationships and, as such, present a larger and more complete picture of the history of life. Phylogenetics (literally “origin of the tribes”) groups organisms based on common ancestry, connecting extant organisms to their recent and distant ancestors.

We saw on the Tree of Life that each branch represents an ancestor and its descendants. The organisms in a lineage, or clade, change over a very, very long period of time; they evolve. How does this happen? How does a new branch get started? We will address these questions here, in Part 3 of our series, as we take a closer look at adaptations and how to incorporate this concept into Tree of Life and classic Montessori life science lessons. Our final installment, Part 4, will be devoted to larger questions on evolution.

Simply put, adaptations are traits that help an organism fulfill its needs and survive and reproduce in its environment. “Adaptations can take many forms: a behavior that allows better evasion of predators, a protein that functions better at body temperature, or an anatomical feature that allows the organism to access a valuable new resource.” Adaptations can be structures—like specialized leaves or beaks, or other characteristics—like speed or camouflage. The following examples show how organisms can adapt in response to changes or challenges in the environment:

While we tend to think of traits as singular characteristics like specialized leaves or speckled wings, it is the collection of traits making up any one organism that contributes to its survival. It is mind-boggling indeed to think about one's entire body (phenotype—an organism's observable traits, and genotype—the genetics underlying the phenotype) as an accumulation of integrated adaptations and traits. Let's look now at the connection between adaptations and natural selection.

Natural selection is one of the central mechanisms of evolutionary change; it is the process behind the evolution of adaptations. Priscilla Spears (2021) explains:

Organisms pass on heritable traits (those that are coded in DNA) to their offspring. The advantageous traits become more abundant in the population due to natural selection. The traits that allow the organism to produce more offspring are selected by nature … that is, the individuals who have the advantageous traits [have a higher survival rate] and pass on these traits to their offspring.

It is tempting to think of natural selection as “an all-powerful force, urging organisms on, constantly pushing them in the direction of progress,” but it is more accurate to think of the process in terms of selection, not perfection. An organism's genes need only be good enough to produce some offspring. We see evidence of this in populations all around us: plants that cannot fight off a fungal infection; an animal too slow to catch prey; people with genetic diseases. “No population or organism is perfectly adapted … Natural selection is the simple result of variation, differential reproduction, and heredity — it is mindless and mechanistic. It has no goals; it’s not striving to produce “progress” or a balanced ecosystem”. We might think of it like this: Bipedal walking contributes to lower back and knee problems; our appendix is a potentially vulnerable structure that can become seriously infected and burst; and the recurrent laryngeal nerve is twisted in its present form in ways that are not efficient and possibly dangerous to cardiac function. The human body, clearly, is not perfectly constructed.

At this juncture, it is pertinent and useful to address the problem of teleology, “a tendency toward explanation based on purpose.” Biologists talk about cells and tissues of an embryo growing and changing to produce the adult (ontogeny), but in phylogeny, teleology is a false concept. Organisms do not purposefully develop traits in order to handle future challenges. For example, sometimes, in life science lessons, teachers might find themselves saying something like, “Fish wanted to find a way to live out of water, so they developed legs and lungs and became amphibians.” Priscilla Spears provides fact-based alternative explanations for such events in her blog, “It's time to take out the teleology.” As an alternative to “Some plants wanted to live on land,” for example, she offers the following:

Life continued to experiment, and variations arose. A few of the plants that lived near the water’s edge were better adapted to live on land. They gradually developed waxy outer coverings that kept them from drying. Those that could live out of the water survived and multiplied there.

One of the problems of teaching from a teleological perspective (in phylogeny) is that we obscure science, potentially confusing children. There is much in the natural world to inspire wonder and further learning from our science lessons without resorting to unscientific ideas. It is important to note here that teaching evidence-based science is not meant to challenge any child's or family's belief system, but it is meant to separate facts from ideology, and science is, after all, concerned with verifiable facts. By taking care to use precise and accurate language, teachers can help students construct a solid knowledge base about the natural world that they will build on in their later studies. Moreover, given that many Montessori schools are now incorporating common core standards and STEM learning into their curricula, and that some of our students will go on to develop and be part of new enterprises related to science and technology, it is essential that we give children the foundation for understanding the most up-to-date and widely accepted ideas in biology.

Adaptations and the Tree of Life

In Part 2 of this series, we saw how diverging branches on the Tree of Life occur when new traits—derived traits—give rise to a new lineage. We made an important distinction between derived traits and ancestral traits, which are background traits retained by the descendant. For example, in our up-close examination of the Plant Kingdom (Part 2), we saw that Embryophytes (land plants) developed from a protist ancestor, a green alga. The ancestor possessed a chloroplast—an organelle containing chlorophyll wherein photosynthesis takes place. All land plants retain this ancestral trait, but have developed other traits—derived traits—that helped them adapt to life on land. Some developed a vascular system; some vascular plants developed seeds as a means of reproduction; flowering seed plants developed ovaries and fruits in which they grow their seeds. Each of these was an adaptation for a new way of getting nutrients or reproducing.

When giving lessons on the Tree of Life, it is important to help children understand adaptations, which are key to understanding the diversity of life. Each time we present a new branch, or lineage, we give children the new trait that produced the divergence and help them understand that derived traits define the new lineage. As Spears (2021) explains:

Mutations and derived traits arise continually. A few confer advantages, some are neutral, and some bring disadvantage, all depending on the current environment. With environmental changes of all sorts, some of the neutral or even disadvantageous traits may become more positive. A specialist species [like giant pandas] may have a harder time surviving change because it has few options. A generalist species [like raccoons] with a large genetic library of traits may thrive because it has more traits to draw upon …Organisms cannot anticipate the future; having a diversity of traits works best for survival most of the time.

This last point can be explained with the idea of exaptation, the shift in a trait's function, usually as the result of changing conditions. Feathers, for example, may have originally been an adaptation for insulation or to attract a mate, and were later co-opted for flight. Exaptation is evolution's way of using what's available.

One way to help children understand adaptations is with our “parts of” lessons on animals and plants. The Montessori classified nomenclature is extensive, especially in the botany area, and lessons can become dull and uninspiring if we over-rely on three-part cards. If we use real specimens of organisms (which we should always try to do) and point out the structures we are identifying as adaptations, our “parts of” lessons take on new meaning and interest.

When presenting the parts of the fish, for example, we can point out how different fins are adapted for different types of movement (forward, backward, stopping, turning, etc.). Children can watch fish swimming in a bowl or tank to observe their use of fins for different functions. Rather than simply pointing out the eyes of the fish, children can research the size and shape of the eyes of different fish, which tell us something about where the fish lives or its behavior. Fish with very large eyes live in deep water, where it is very dark. Some fish have eyes almost on the top of their head, which enables them to look upward for silhouettes of prey.

This is a good time to introduce children to the idea of form follows function, which, in biology, means that the form of a structure is related to its function. Whether we are presenting the parts of the fish or the parts of the flower, we are really talking about form, function, and adaptations, and Elementary age children are not too young to learn these basic principles of biology, which they will surely encounter in their later biology studies.

The research questions designed to answer how plants and animals meet their needs is another area where adaptations and related ideas can be addressed. For more advanced and/or highly motivated students, the questions can be expanded to include, for example:

Recently created materials for children to explore mammal adaptations for movement and feet adapted for different purposes are also useful and engaging additions to the life science curriculum for teaching adaptations. Lessons for using these materials, as well as further lessons on adaptations and the Tree of Life, are available here.

Many books and book series have been written to make the idea of adaptations captivating and highly accessible to children. Some of our favorites are:

In our next and final installment of the Updating Montessori Biology series, we interview Dr. Priscilla Spears—microbiologist, Montessori materials creator, Montessori workshop presenter and adult educator, science consultant, and advocate of teaching current biology concepts in our classrooms—about how to teach accurate but age-appropriate ideas related to evolution.