Quick Facts About the School 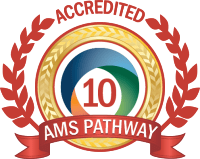 AMS has verified that this school meets rigorous institutional and instructional standards, and that it has achieved AMS accreditation—the gold standard of Montessori education. Accreditation is a voluntary process and the pinnacle of our 10-step Pathway of Continuous School Improvement, a school-quality initiative available to our member schools.

Fox Valley Montessori School (“FVMS”) was established as a not for profit half-day preschool in the late 1960’s by a group of dedicated parents, committed to the philosophy of Dr. Maria Montessori. Small classes were held in various church activity rooms until February 1977, when the school opened its doors at our present location at 850 North Commonwealth Avenue in Aurora, Illinois. In 1978, a Toddler program for children 18 months to three years of age was added to the existing program for children three to six years old. In 1979, all day and summer camp programs were offered. In 1981, the school added an elementary program for children six to nine years old, in 1984, the elementary classroom was expanded to include children from ages nine to twelve. Throughout the 1980’s the enrollment grew to 100 children. In September of 1991, the school doubled its physical size to nearly 13,000 square feet, remodeling the entire facility to allow for broader toddler services, an additional primary classroom, and the separation of elementary classes. During the summer and fall of 1996, another 5,800 square feet were added in the form of a large activity room including a stage.
Visit the School’s Website