Who is Maria Montessori? 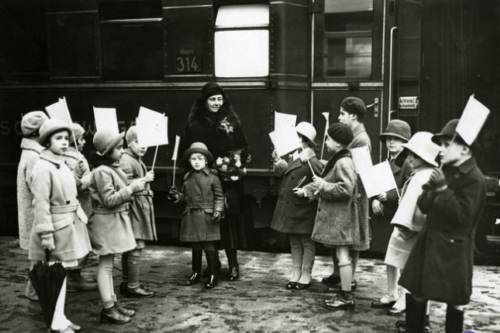 As one of the first women in Italy to obtain a medical degree, Dr. Maria Montessori was a trailblazer whose philosophy and activism is still as relevant today as it was when she began her work for social justice more than 100 years ago. Despite her successes in the fields of science and medicine, however, Dr. Montessori is often only regarded for the development of her pedagogy and the opening of her Casa dei Bambini, or Children’s House. As Joy Lisi Rankin (Dr. Maria Montessori, Feminist, 2018) reminds us, “beginning Montessori’s history with the Casa overlooks the first half of her life, and her long history as a feminist, a doctor, and a scientist who conducted crucial research with children with disabilities, all of which she combined in her advocacy for radical social change.” Closely examining Montessori’s work prior to opening the Casa allows one to not only gain a better understanding of the remarkable woman and activist she was, but provides a context for her advocacy for social justice that remains relevant today.

Maria Montessori was an advocate for equality among the sexes; she fought for women’s rights and pushed the envelope for gender norms during her time. She spoke at the International Women’s Congress on several occasions promoting women’s education. She was quoted at the 1896 Berlin Conference championing women’s education and remarking the inequality in pay for female Italian factory and farm workers. Congressional delegates unanimously adopted her resolution for equal pay for equal work for women as a result of these speeches. Later, during a series of lectures in 1899, Dr. Montessori elaborated on her vision for women’s rights acclaiming, “Eventually, the woman of the future will have equal rights as well as equal duties” (Kramer 1988, 81). The way Montessori was quoted to speak about child-nurturing, medical care, and food preparation clearly revealed her urging for social reform as she expressed an ideal that these responsibilities should not belong solely to mothers, but to society as a whole.

Montessori was equally as passionate about children’s rights. She believed that children with disabilities “should be educated and nurtured, not locked away and left to rot.” She expressed these then-radical opinions at a national Pedagogical Congress in 1898, where she also shared her hypothesis that altering a child’s environment to meet their needs could not only engage them, but also address many of their disabilities. Maria Montessori strongly urged that it was society’s duty to better understand these children and their needs in order to offer them support from a very young age, a stark contrast to the abandonment by society that many of these young people typically experienced during this time.

Maria Montessori was so passionate about the need for understanding children with disabilities and providing them support that she began independently studying previous research on educating children with disabilities in 1897. She used the knowledge she gained through this research to guide her own research and observations of the students at the school she co-directed. Her findings became the foundation for her scientific pedagogy, an educational approach that is used in schools around the world still today.

In addition to advocating for women and children’s rights, Maria Montessori sought out world peace. She believed war and violence were unjustifiable. In fact, Montessori’s antifascist views caused her to be forced into exile from Italy during Mussolini’s premiership. During her exile, she developed her work Education for Peace in which she expressed her ideal that children are peacemakers and education is the only true means to eliminate war. She expressed that, “Establishing lasting peace is the work of education; all politics can do is keep us out of war” (Montessori 2019).

Maria Montessori urged that values including global citizenship, personal responsibility, and respect for diversity should be a part of every child’s education, both implicitly and explicitly. Through these values, she believed children would learn how to live peacefully with one another.

Montessori’s activism for peace was so revolutionary that she was nominated for the Nobel Peace Prize three times, in 1949, 1951, and 1952. Many of the values and principles she advocated for can now be found in the United Nations Sustainable Development Goals.

Maria Montessori is often recognized for her revolutionary educational approach, but her legacy began decades before opening her Casa dei Bambini. She began championing for women and children’s rights and advocating for peace early on in life. As Joy Lisi Rankin (Dr. Maria Montessori, Feminist, 2018) acclaims, “remembering Montessori as merely an educator fails to acknowledge the feminist, scientific, and disability-focused approaches that were foundational to her reform.” More than 100 years later, we honor Dr. Montessori not only for her impact in education, but as an incredible woman and activist whose advocacy for social justice continues to positively influence the world today.

Learn more about Maria Montessori's life and the Montessori approach to education.

What does Montessori education mean to you? Read quotes from AMS staff and community members.