Anti-LGBTQIA+ Legislation: It’s Not Rainbows At All 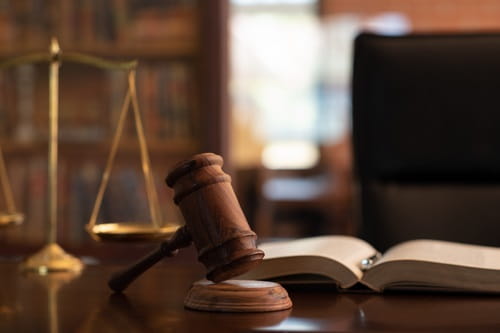 “Nearly 670 anti-LGBTQ bills have been filed since 2018, according to an NBC News analysis of data from the American Civil Liberties Union and LGBTQ advocacy group Freedom for All Americans, with nearly all of the country’s 50 state legislatures all having weighed at least one bill.” - NBC

Before we jump into this 3-part series, it’s important to know that the purpose of this article is not to report recent anti-LGBTQIA+ legislation.

Unfortunately, if my goal was to report, this series would quickly become outdated (and extensively long) because of how often lawmakers police LGBTQIA+ children, their bodies, and their educations. I am not a news reporter, but I am a storyteller and writer who can relay resources in a meaningful way.

Having been an 8th-grade public education teacher who was actively discriminated against for saying that she was in a same-sex marriage, I sincerely empathize with yet cannot come close to understanding how the estimated 1,994,000 LGBTQIA+ youth feel. There is grief, sorrow, fear, and loneliness as lawmakers actively dismiss basic human rights. (And yes, I filed a grievance with the school board, brought in the teachers’ association, and won. Finishing the end of the school year, I transitioned my career into writing. Moving on.)

The goal of this series is to examine some of these policies and analyze the research on how these policies actively harm LGBTQIA+ students. The goal is to deeply understand the lasting implications of discriminatory laws, regulations, and policies and to then actively work towards growing in advocacy and allyship. A safe, inclusive, and positive learning environment is, undeniably, the most valuable resource a child can have.

Acceptance, understanding, and empathy are extremely powerful forces in positively impacting a child’s life. These statistics from The Trevor Project highlight why safe, accepting adults matter:

When homes are not safe spaces for students, schools take that role. Schools should be nurturing, welcoming, and inspiring spaces for children to simply exist and learn.

When I speak with my well-meaning, straight, cis-gendered friends about active LGBTQIA+ discrimination, many of them are in disbelief. Yes, they read the most common headlines, but they’re often shocked at the depth and lengths that go into excluding and regulating LGBTQIA+ people in schools and the workplace.

At first glance, it’s easy to recognize the appearance of social acceptance towards LGBTQIA+ individuals. There are Pride collections at every large retail store. More people feel comfortable coming out each day. It’s easy to recollect monumental victories such as Obergefell Vs. Hodges, which legalized same-sex marriage across all 50 states on a federal level. (On a state level, however, 13 states have not legalized same-sex marriage.) Continuing, the Supreme Court ruled in 2020 that LGBTQIA+ individuals are protected against discrimination under Title IX. Especially in June of 2020, this ruling was a huge marker for celebration.

The difficult part of achieving equity and justice is looking at how far we have to go while admitting how far backward we’re going. With glaring contradiction to the Supreme Court ruling, as of March, nearly 240 anti-LGBTQIA+ bills have been filed in 2022. With most of these bills targeting trans people, LGBTQIA+ discrimination is a serious threat to the longevity, health, and psychological well-being of the community.

Sure, these Supreme Court rulings made a positive change, but when we deeply look at recent LGBTQIA+ legislation, it’s a much darker story. In actuality, NBC reports that “the annual number of anti-LGBTQ bills to have been filed has skyrocketed over the past several years, from 41 in 2018 to 238 in less than three months of this year.” Personally, the message is clear: The more space that queer folx occupy, the more policymakers feel the need to stop them.

Below you will find a short list of continually growing legislation, the legislation status, and links for related reading.

Idaho passed a bill that charges any doctor who provides gender affirming healthcare with a felony.

Arizona Governor, Doug Ducey, signed a bill that prohibits transgender youth from recieving gender affirming healthcare until the age of 18.

Tennessee passed, upon first consideration, a bill that says teachers or other school personnel are not required “to refer to a student using the student’s preferred pronoun if the pronoun does not align with the student’s biological sex.”

Kentucky introduced a bill that “ensures that no public school or public charter school offers any classroom instruction or discussion that incorporates designated concepts related to race, sex, and religion.”

As previously mentioned, these are a small handful of hundreds of anti-LGBTQIA+ legislation in 2022.

Closing Thoughts: On The Issues at Large, On Resources for LGBTQIA+ Montessorians, and On Montessori

There is a heartbreaking duality at play. Lawmakers continue to create legislation that excludes, controls, and dehumanizes LGBTQIA+ youth, and at the same time, research shows that LGBTQIA+ youth who have affirming schools face lower rates of attempting suicide. As Dr. Jonah DeChants (he/him), a research scientist with The Trevor Project explains, “Recent political attacks aimed at transgender and nonbinary youth have not only threatened their access to health care, support systems, and affirming spaces at school, they’ve also negatively impacted their mental health.” The data is clear, LGBTQIA+ students need educators who listen, understand, and advocate.

For the Montessorians who are interested in unlearning their implicit biases by diving into reflections and larger conversations, AMS Connect and AMS Affinity Groups provide excellent professional (and personal) development opportunities. Understanding the Montessori mandate to “engage in a systematic study of self,” AMS offers an Anti-Bias, Antiracist (ABAR) Certificate Program. The program “provides a thorough examination of ABAR education to support Montessori schools and classrooms in creating just and equitable spaces for all.”

Montessori education is successful because the teacher’s role is to create a safe learning environment. Educators who continually learn about their students' needs and cultures while unlearning their own implicit biases do their students a huge favor. As Dr. Brené Brown (she/her) teaches us, “Empathy is a way to connect to the emotion another person is experiencing; it doesn’t require that we have experienced the same situation they are going through.”

When educators meet students with empathy, or a genuine curiosity with the sole purpose of meeting students where they’re at, educators have the power to change a child’s world.

Keep a look out for the second of this three part series– Anti-LGBTQIA+ Legislation: Impacting how we teach and learn about inclusion and diversity in schools.