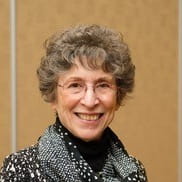 Dr. Marlene Barron (picture above courtesy of the AMS Archives) has had a long and distinguished career in Montessori education. She died June 1, 2022 at age 83. She was born in Baltimore, MD. Her favorite quotes were “Multi Multi” and “think outside of the box.” She was an icon and she was feisty… someone who told it like it was and at the same time, someone who was deeply loyal. She loved her family and friends fiercely.

Beginning in 1965, Marlene founded and worked as head of school for the Staten Island Montessori School in New York. Over the course of the next 14 years, the school grew to a total population of 170 students (2 – 10 years old) and employed 20 faculty and staff in two sites. Marlene became the executive director in 1979 and served in that role until 2005.

Marlene was among the first American Montessori teachers trained by Nancy Rambusch and she continued to be mentored by her until Nancy’s passing in 1994. Dr. Barron's educational career began with a BA from Barnard College, NY; a Masters from Wagner College, NY; and a PhD specializing in Literacy Development from New York University. She founded the Masters program at NYU. She earned her AMS Early Childhood credential in 1967 while working with Nancy Rambusch at Fairleigh Dickinson in Teaneck, NJ. 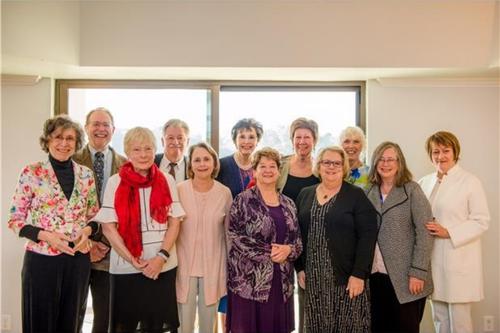 In 1979, Marlene assumed the position of head of school for West Side Montessori School in New York, NY. This school serves a multi-cultural, multi-ethnic, multi-economic population of 200 students (ages 2.5 – 6 years) and is staffed by over 40 faculty and staff. Marlene continued in that role for 28 years until her retirement in 2007.

Marlene worked as co-director and lecturer in the West Side Montessori School Teacher Education Program from 1970 to 2008. From 1982 to 2009, Marlene also served as an adjunct associate professor in Education at New York University, where she initiated and directed their Montessori teacher education program.

As a teacher trainer, Marlene began as a lecturer in the Central Harlem Association Montessori Parents (CHAMP) teacher education program in the 1960s, and in the 1990s she became the director.

In 2007, after she retired from one career, she accepted a part-time academic advisor position with Etonkids in China. In 2008 the position became full time. In 2008, she became co-director and lecturer of the Etonkids Montessori Teacher Training Program (EMTTA) in Beijing. Since 2009, she has been the director of EMTTA and assumed the additional position of chief academic officer of Etonkids Educational Group. She went on to work with the Shanghai Montessori Education Academy (SMEA) in 2017, creating its AMS administrator training program.

Marlene served on several New York City committees including the Agency for Child Development and the Independent Schools Admissions Association of Greater New York. She was a member of The New York State Montessori Alliance.

When she moved to Manhattan in 1979, Marlene became active in educational arenas. She served on committees sponsored by Agency for Child Development (ACD) and was a board member of the Independent Schools Admissions Association of Greater New York (ISAAGNY).

Marlene was also a prolific author and received several honors, including, Outstanding Dissertation Award from AMS; Outstanding Contribution in the field of Early Childhood Education for the Montessori Teachers Association of Pennsylvania; and the Leader in Education Excellence Award from St. Albans Montessori.

Dr. Barron’s books for parents include the Ready, Set, Learn series and I Learn to Read and Write the Way I Learn to Talk: A Very First Book about Whole Language, published in English, Spanish, and Mandarin. Millions of copies of Montessori Begins at Home (2017) were sold with CITIC Publisher in China. 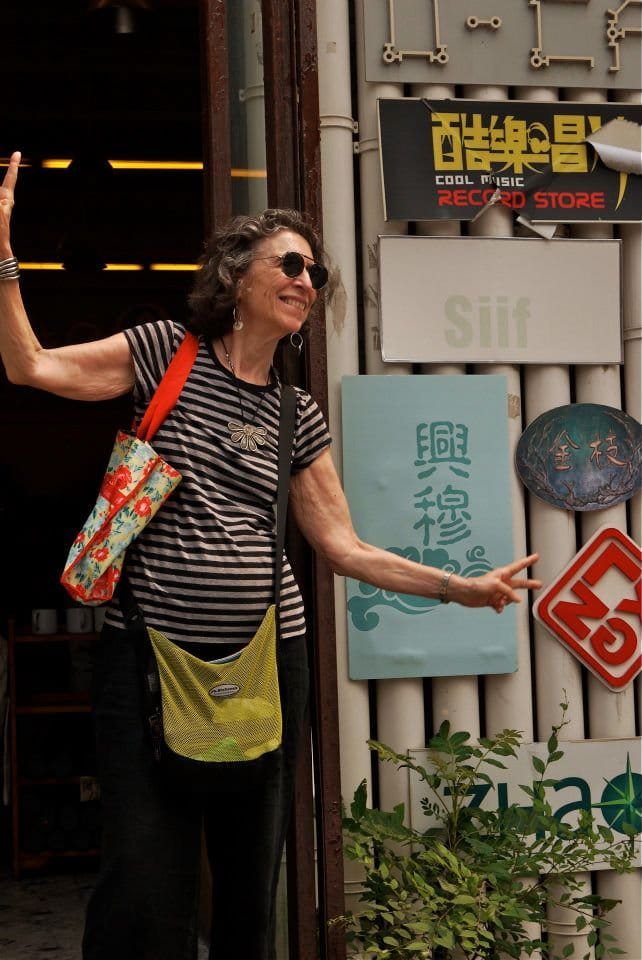 Marlene first visited Asia in 2003 for a lecture series that spanned across Shanghai, Hangzhou, Shenzhen, Nanjing, and Beijing sponsored by East China Normal University. This was followed in 2004 with summer workshops in Hong Kong, Shenzhen, Seoul, Daegu, and Tokyo. Soon after that, Marlene was regularly traveling to China, South Korea, and Japan, speaking at conferences and consulting. In 2007 she accepted a position with Etonkids Educational Group as academic advisor and co-director of EMTTA. In March 2017, she worked at Shanghai Montessori Education Academy as the associate dean and director of research and development. Since she began living and working in China, Marlene’s objective has been to provide quality education to children.

Marlene also worked in conjunction with Russian teacher educators to offer a MACTE accredited course affiliated by AMS to experienced teachers. Teachers from many regions of the Russian Federation benefited from updating their skills and knowledge of Montessori practices.

In Asia, she presented at international conferences:

During these years, Marlene has vigorously supported the development of a collaborative group of Montessori educators in Asia through the Montessori Asia Coalition. Its annual conference brings together Montessori educators from China, South Korea, Japan, Russia, Southeast Asia, India, Singapore, the Philippines, and Taiwan. 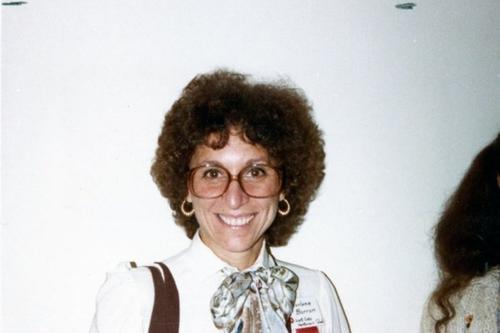 From the AMS Archives

Dr. Marlene Barron worked tirelessly throughout her career to bring the highest standard of education to teacher education programs and schools. Her unwavering pursuit of excellence has had an undeniable impact on the spread of quality teacher education all over the world.

Above all, Marlene taught us to stand on our own two feet and to defend the rights of children to receive an education that prepares them for the unknown future. We are her legacy. She would not want us to be sad and lament her passing. She would want us to pick up the torch to support Montessori education and carry on as fierce advocates for children.