Learn how the founding of the first Montessori school more than 100 years ago led to a worldwide movement.

The Birth of a Movement

In 1906, Dr. Maria Montessori, an Italian educator, physician, and scientist, who had just judged an international competition on the subjects of scientific pedagogy and experimental psychology, was invited to create a childcare center in San Lorenzo, a poor, inner-city district of Rome. There, she would be working with some of the area’s most disadvantaged, and previously unschooled, children.

She opened the doors on January 6, 1907, calling the center the Casa dei Bambini—Italian for “Children’s House.” Dr. Montessori was determined to make the Casa a quality educational environment for these youngsters, whom many had thought were unable to learn—and she did.

While the children were unruly at first, they soon showed great interest in working with puzzles, learning to prepare meals and clean their environment, and engaging in hands-on learning experiences. Dr. Montessori observed that before long, the children exhibited calm, peaceful behavior, periods of deep concentration, and a sense of order in caring for their environment. She saw that the children absorbed knowledge from their surroundings, essentially teaching themselves.

Utilizing scientific observation and experience gained from her earlier work with young children, Dr. Montessori designed unique learning materials for them, many of which are still in use in Montessori classrooms today, and created a classroom environment that fostered the children’s natural desire to learn.

News of the school’s success soon spread through Italy. On April 7, 1907, Dr. Montessori opened a second Casa dei Bambini, also in San Lorenzo. And on October 18, 1907, in Milan, she opened a third Casa.

The success of Dr. Montessori’s schools sparked interest around the world. Dignitaries traveled to Rome from countries far and wide to witness, firsthand, the “miracle children” who exhibited concentration, attention, and spontaneous self-discipline.

The innovative Montessori Method also began to attract the attention of prominent educators eager to learn it. Some were taught by Dr. Montessori herself. Her courses drew students from as far as Chile and Australia, and within a few years there were Montessori schools on 5 continents.

By 1914, 187 English-language articles and books had been written about Montessori education. One article, in the highly popular McClure’s Magazine, described Dr. Montessori as “an educational wonder-worker.”

Dr. Montessori began to turn her attention to the education of elementary-aged children in 1916. In the international training course that year, Dr. Montessori focused nearly half of her lectures on newly created elementary materials. A year later, she published L'autoeducazionne nelle Scuole Elementari, describing her thoughts on the education of children ages 7 – 11. (The English title of the book is The Advanced Montessori Method.)

Dr. Montessori’s early research focused on educating young children, but in the 1920s she turned her attention to adolescence. She observed that at this stage of development, students need activities that help them to understand themselves, to find their place in the world, and to blossom into global citizens.

She proposed residential schools where young adolescents—whom she called Erdkinder, or “children of the earth”—could work and live in a trusting community, engaging in real-world activities such as farming or marketing their own handmade goods. By experiencing human interdependence, she believed, students would learn how society is organized and develop the skills needed to meet the world’s challenges in a positive way.

In time, Dr. Montessori also wove peace education into her curriculum, a result of having lived through 2 horrific world wars. Education for peace and social justice remains an integral part of Montessori education.

Dr. Montessori traveled widely, giving courses and lectures and encouraging the launch of new schools. In 1929, together with her son, Mario, she established the Association Montessori Internationale, to ensure that her philosophy and approach to education would be carried on as she intended. 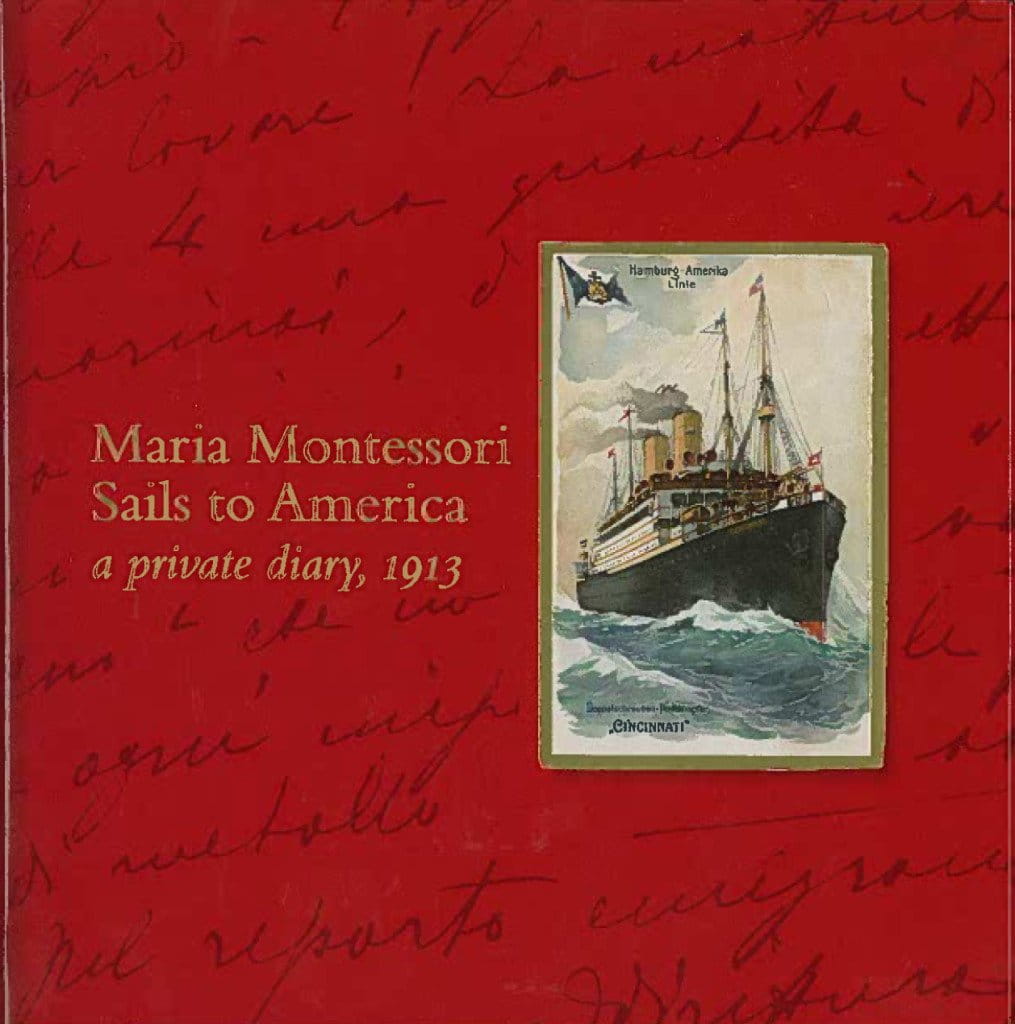 Maria Montessori first traveled to America in 1913. The cross-Atlantic trip took almost 2 weeks. While aboard the steamship, she recorded her thoughts, impressions, and even small drawings in a private diary. A century later, in 2013, the diary was published as Maria Montessori Sails to America , and made publicly available.

In the United States, the Montessori Movement caught on quickly. The first Montessori school opened in 1911, in the home of a prominent banker in Scarborough, New York. Others followed in rapid succession. Unlike Maria Montessori’s first Casa dei Bambini, which was for children from poor, disadvantaged families, these catered to children from wealthy, cultured families striving to give their children the best education possible. Prominent figures, including Thomas Edison and Alexander Graham Bell, gave their support.

In 1913, Maria Montessori traveled to the U.S. on a 3-week lecture tour, where she was met with crowds of curious and interested supporters. A reception was arranged for her in Washington, DC. Four hundred people attended, including Margaret Wilson, the daughter of President Woodrow Wilson, and many foreign ministers and dignitaries.

She lectured to a crowd of 1,000 at New York City’s Carnegie Hall, where she showed “moving pictures” taken at her school in Rome; in response to demand, a second lecture was arranged.

Montessori reported that she found the schools in America faithful to her methods, and considered the trip an overwhelming success.

Dr. Montessori returned to the U.S. in 1915 to demonstrate her method at the Panama–Pacific International Exposition in San Francisco, and to give an international training course for prospective Montessori teachers.

At the exposition, a Montessori “Glass Classroom” was constructed—that is, a classroom with panoramic glass windows on 3 walls. This unique design enabled spectators to observe, with amazement, the class of young students who worked with intense focus and concentration, seemingly oblivious to the crowd surrounding them.

That same year, 1915, Dr. Montessori was an invited speaker at the prestigious annual conference of the National Education Association in Oakland, California. More than 15,000 educational leaders attended.

The success of the Glass Classroom and Dr. Montessori’s long California visit fueled American interest in Montessori education and its visionary founder, helping to propel Montessori education across the country. American newspapers and educational leaders embraced its founder for both her pedagogy and her personality. By 1916, more than 100 Montessori schools were operating in the U.S.

The Montessori Movement in the U.S. burned out as quickly as it had spread. Language barriers, World War I travel limitations, anti-immigrant sentiment, and the disdain of a few influential educators all contributed to the decline.

William Kilpatrick, a highly regarded figure in the progressive education movement, and a former student of John Dewey, was one such detractor. He critiqued the Montessori Method in his book, The Montessori System Examined. A popular scholar in the early 20th century, Kilpatrick criticized Dr. Montessori’s credentials, perspectives, and overall philosophy. He dismissed her beliefs of the role of the teacher, ideal classroom size, and classroom materials. And, he rejected her interpretation of the doctrine of development, as well as the amount of freedom the children have in a Montessori school. Kilpatrick’s negative assessment of Montessori quickly became widely known and accepted throughout the U.S.

By the 1920s, Montessori education in the U.S. had almost completely faded away, except for the occasional school or practitioner.

The Montessori Glass Classroom had extensive windows, inviting visitors to watch the goings-on inside. Many returned daily to watch the industrious “miracle children” in their beautiful classroom setting.

Learn About The Glass Classroom

By the 1950s, the cultural climate was changing in the U.S., including a growing discontent with traditional American education. Among those seeking alternatives was a young, aspiring teacher from New York City, Nancy McCormick Rambusch.

Having “happened upon” the writings of Maria Montessori, Rambusch was struck by the freshness of her ideas. In 1953, she traveled to Paris to attend a Montessori Congress and learn more. There, she met Mario Montessori, Maria’s son, who encouraged her to bring Montessori back to the U.S. One thing led to another, and out of Rambusch’s subsequent Montessori schooling and vigorous efforts to promote the Method in the U.S., Montessori education once again took off. Parallel to this, in 1960, and also as a result of Rambusch’s efforts, the American Montessori Society was born.

The Washington Post designated Nancy Rambusch as “the educator who is responsible for renewing this nation’s interest in the Montessori Method of education.” The Catholic Reporter called her, “The lady who started it all.” Newsweek referred to her as “the red-haired dynamo of the Montessori revival. ”

From its humble beginnings more than 100 years ago as a single schoolroom for a group of underprivileged children in Rome, Italy, Montessori education has taken a firm foothold on the education landscape. In the U.S. alone, approximately 5,000 Montessori schools now serve over one million children, from infancy through adolescence. Thousands more Montessori schools exist worldwide.

The American Montessori Society is thriving, as is the Association Montessori Internationale and its member societies worldwide. Other Montessori groups also offer opportunities for networking, collaboration, and professional growth.

Currently, China, in particular, is seeing unprecedented demand, and education groups are working as diligently as they can to train the teachers and build the schools needed to meet it. We at AMS are helping, particularly to ensure the quality of select programs, and are poised to provide more support in coming years.

In the U.S., there has been a proliferation of programming specific to communities’ needs; for example, public and charter schools that offer tuition-free Montessori education, schools that offer extended hours of operation, and programs that operate year-round.

There are also Montessori classrooms that are bilingual, immersive-language, and/or faith-based; and programs specifically for children with learning exceptionalities, such as those associated with dyslexia and language-processing disorders.

Recognizing the many values of intergenerational relationships, and the alignment of Montessori philosophy with adult-care needs, some Montessori schools now include programs that bring together students and the elderly for meaningful interactions. Others create cross-cultural relationships with Montessori schools in distant countries, opening the doors for students to form global connections and strengthen their understanding of peoples worldwide. Many Montessori schools, if not most, incorporate community-based service learning programs in their curriculum.

Well-known personalities have been educated in Montessori schools. Among them are NBA MVP, Stephen Curry; Google founders, Larry Page and Sergey Brin; and the late chef, author, and television personality, Julia Child. These individuals have cited their Montessori education experience as contributing to their success, heightening public awareness of Montessori as an approach that helps individuals from all manner of fields reach their full potential.

Day One Academies, an initiative launched in 2018 to provide $1 billion in funding for full-scholarship Montessori-inspired preschools for low-income families, have drawn new attention to the Method. The man behind the initiative? Amazon CEO Jeff Bezos, a Montessori alum himself.

The evidence is clear: Montessori is not only here to stay, it is growing at a rate that would have gladdened the heart of its founder, Dr. Maria Montessori—a woman who dared to reimagine how we learn, and recognized the dignity and capacity of all human beings.

And her legacy continues in the great work of AMS’s Montessori-credentialed educators and affiliated teacher education programs. We are united with a common purpose: to make the world a better place through grace and courtesy instilled in our children, who will serve as our future leaders. Join the largest Montessori Movement and organization in the world!

Hoping to be a part of educational history in the making? 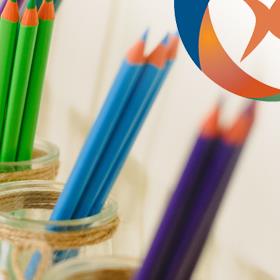 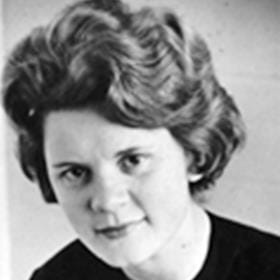 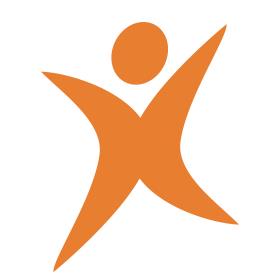 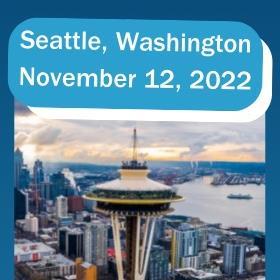